PepsiCo’s Mexican subsidiary deploys Android devices to help its employees take and track orders. All those devices, however, proved difficult and expensive to enroll, maintain, and keep up to date. In addition, PepsiCo discovered that unanticipated Android updates could cause its sales app to quit functioning, resulting in lost sales and revenue. 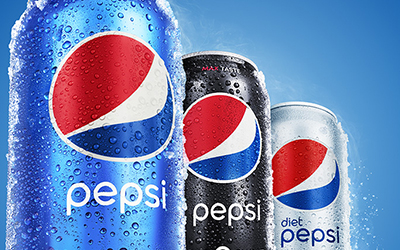 PepsiCo is a world leader in food and beverages, with delicious and increasingly healthy products that include Frito-Lay, Gatorade, Pepsi-Cola, Quaker and Tropicana. The company had revenues of more than $63 billion US in 2016. In Mexico, PepsiCo has been in operation more than 100 years, and is known to Mexican families by products such as Quaker, Gamesa, Sabritas, Gatorade and Sonric's.

Preparing the phones for employees, however, involved painstaking manual activity, and transporting the configured devices to employees was a process vulnerable to theft. The challenge was that the company needed to open each box to enroll each new device to its mobile device management system (MDM), a process it managed from one location. After enrollment, the IT team had to arrange for devices to be delivered to each branch. As a result, it cost PepsiCo eight months and USD $60,000 in labor costs when it needed to refresh its technology. The company estimates that logistics and inventory loss from stolen shipments accounted for nearly $50,000 more.

The other problem was that once the devices were in the field, supporting them was also complicated. Without looking at the device, the IT team could not identify and resolve issues. Sales had to ship any device needing upgrades or maintenance to a central IT location. Shipping cost around $10 per device and then exposed devices to the risk of theft and lost productivity when an employee couldn’t use their device.

IT administrators would run tests to find the problem and, in some cases, send the devices to the carrier or manufacturer for repair. Solving problems often took six to seven weeks, further decreasing employee productivity.

With no remote oversight, only a small minority of employees were able to use their devices effectively. Even worse, in 2018, PepsiCo faced a critical operational disruption, when employees downloaded an Android operating system update.

Because the PepsiCo sales app had not been optimized and tested to work with the update, the app crashed. During the two weeks it took to fix the problem and send out a new version of the app optimized for the new operating system, PepsiCo’s annual sales in Mexico took a significant hit.

PepsiCo engaged with Samsung to determine if there was a better way to manage devices, reduce maintenance costs, and avoid business disruptions.

“Using mobile devices for day-to-day sales operations helps us build sales and improve customer service,” says Miguel Jimenez Fernandez, in IT operations at PepsiCo Mexico, “but we needed better control over the technology.”

After taking a deep dive into PepsiCo’s business needs and pain points, Samsung recommended PepsiCo take control of its devices with Knox Manage and Knox E-FOTA (Enterprise Firmware Over the Air). These tools are designed to give IT professionals a central dashboard for managing upgrading, and—if needed—disabling remote devices.

Remote management and support. Using Knox Manage, PepsiCo’s IT staff now can deploy work applications to enrolled devices, manage devices remotely, and ensure proper performance. Included with the tool is the Knox Manage Remote Support capability, which enables the IT team to troubleshoot phones wherever they are. The feature provides full access to the devices as if the IT administrators are using the devices themselves. For example, IT team members gain the ability to view the home screen and run an app. That means there are far fewer occasions when a device needs to be sent to a central location for service.

Easy set up and enrollment. PepsiCo can easily set up and enroll devices. Using Knox Mobile Enrollment, the IT team can simultaneously enroll 1000 devices to the PepsiCo MDM and automatically maintain enrollment—even after a factory reset. Because users cannot unenroll devices, PepsiCo can be confident that its devices are compliant with MDM policies. Employees simply open the box, start up their new phone, and watch as all the necessary apps automatically install.

Upgrade control. PepsiCo also now has assurance that its sales app is upgrade-proof. The team uses Knox E-FOTA to keep all devices running on the same operating system version and prevent devices from updating to a newer version of Android that would affect the sales app functionality. Knox E-FOTA is the only enterprise solution available that manages operating system updates and is unique to the Knox platform. With E-FOTA, the team can also force-update the devices after a new version of the sales app is tested against any operating system upgrade and found to be reliable.

“With Samsung technology, we can deliver our critical data and apps on secure phones in one week, instead of four weeks,” says Moisés Flores Canseco, in IT operations at PepsiCo Mexico. “Because we can control when devices update to a newer operating system, we can minimize any business disruption from app incompatibility.”

Using mobile devices for day-to-day sales operations helps us build sales and improve customer service — but we needed better control over the technology.

PepsiCo has seen a number of benefits from using Samsung’s advance device-management tools. Using E-FOTA, the IT team can delay operating system updates until they can verify business app compatibility, to minimize the potential for business disruption caused by unexpected Android operating system updates. Increased reliability has encouraged employees to make their smart devices a central part of their jobs. PepsiCo says 85% of its employees now use the PepsiCo sales app, compared to 35% before the Samsung solution, a factor that has helped boost field sales.

Manage a fleet of Android, Windows, and iOS devices with a cloud-based MDM/EMM solution.

Our Knox sales team is ready to collaborate with you to address your biggest business challenges. Please provide your contact details to discuss a project with our sales team.

These cookies are strictly necessary for the provision of the service that you have expressly requested or have the sole purpose of enabling or facilitating communication by electronic means. For example, they allow us to remember the items you have placed in your shopping basket. These cookies are automatically activated and cannot be deactivated because they are essential to enable you to browse our site. View cookies.

These cookies collect information about your browsing habits. They remember that you have visited our site and share this information with partners, such as advertisers, for the purpose of targeted advertising. The use of these cookies include displaying advertisements, impression capping, fraud prevention, billing, and measurement. View cookies.